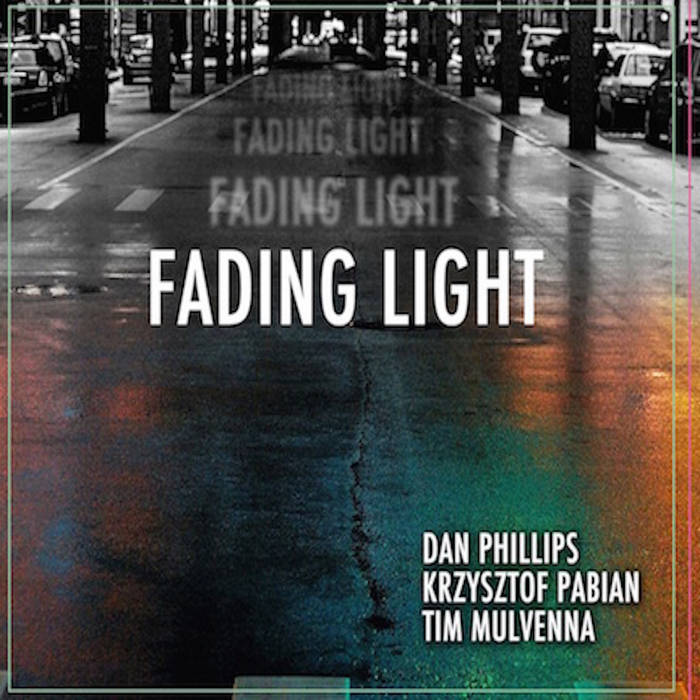 The fourth release from A based Chicago Trio featuring the compositions of guitarist Dan Phillips with Krzysztof Pabian on Bass and Tim Mulvenna on drums.

This is the fourth release for this unique trio and the 20 plus year relationship between these outstanding musicians is obviously apparent in the performance. This release also features Dan Phillips’ unique compositional style, but with a slightly more minimalist approach in some instances

Chicago has justly earned its high esteem amongst jazz & creative music aficionados. The city that fostered the talents of the AACM, Sun Ra, Fred Anderson, and many more has been kept alive by figures such as Ken Vandermark, Dave Rempis, Michael Zerang, Tortoise and many more. Some of the city’s finest appear on this release, led by former Chicago resident, guitarist Dan Phillips.

Although Phillips – a Berklee and Northwestern grad – has lived in Thailand off and on since 2001 where he works as a Jazz Educator and performer in the region, he grew up in Illinois and lived in NYC for 5 years working with the likes of Jim Black, Ben Street, Chris Speed, Matt Darriau and many more. During this time abroad he has regularly returned home to his beloved Chicago to record and perform with his favorite musicians. From the mid 90s to the early 2000s he lived in Chicago where he led groups featuring local talents Jeff Parker, Chad Taylor, Tim Daisy, Jeb Bishop, Hamid Drake, Mars Williams, Rudresh Mahanthapa, Phil Gratteau, Tatsu Aoki and Larry Kohut.

This album begins with the title track “Fading Light” which is based on a freely played simple melodic theme that the trio improvises on and reshapes until a climactic contrasting outro. “Schwag” is a also a melodic theme played in unison by bass and guitar in contrasting swing rhythm and then improvised on in broken time. “Unbound” features Phillips’ unique harmonic chordal style melody with an extended guitar solo. “Ominous Thoughts” is a harmonic theme repeated with a beautiful arco bass solo creating the melodic material. “Was Going So Well” shows the trio digging in and swinging an a melodic theme before taking out on a heavy rubato theme. “Icy Fields” is a rubato melodic theme the trio effortlessly improvised on to create the a visual impression of the Midwestern winter scene. “Saga” is a more extended composition as was featured on earlier releases with varying shapes and time signatures. It also features Phillips’ unique guitar harmonic and solo linear work. The Album closes with “Up There” which is as near to a rock/pop theme as it gets with this group. It also features Krzysztofs’s great arco work on double bass.

More about the musicians:

Dan Phillips is an American guitarist, composer educator and
bandleader who has worked professionally in New York, Chicago, Bangkok and Tokyo. His Chicago based Trio has released three original recordings “Journey in Mind”, “Moment of Clarity” and “Destination Unknown”. His Bangkok Quartet has two releases “Bangkok Edge” and “Bangkok Edge Live” he also produced an educational/ concert DVD “Jazz Guitar Basics and Beyond”. He is also the leader of the “Chicago Edge Ensemble” which just released its first album “Decaying Orbit” featuring Chicago greats Hamid Drake, Jeb Bishop and Mars Williams. He has appeared at the Montreal Jazz Festival in Canada, Copenhagen Jazz Festival in Denmark, Ashikaga City Jazz Festival in Japan,Pattaya Music Festival, Bangkok Jazz Festival, Chiang Mai Jazz Festival and Hua Hin Jazz Festivals in Thailand, and Krakow and Empty Bottle Jazz Festivals in Chicago. Dan has also presented Jazz workshops throughout Asia, Europe and The U. S. He is currently Lecturer of Guitar and Jazz Studies at Silapakorn University in Bangkok, Thailand. He completed his undergraduate studies at Berklee College of Music where he was selected to represent the college at the Montreal Jazz Festival in his senior year in the “Berklee All Star” ensemble. He completed his graduate studies at Northwestern, University. Dan has performed with jazz musicians such as Gerald Wilson, Danillo Perez, Judy Roberts, Hugo Rasmussen, Jeff Parker, John Stowell, Matt Darriau, JimBlack, Hamid Drake, Jeb Bishop, Mars Williams, Ben Street, Chris Speed, Pat Zimmerly, Mike Sarin and Ed Thigpen and many more .For more info check out
www.danphillipsmusic.com
www.facebook.com/danphillipsguitarist/

Tim Mulvenna has been performing, teaching and recording for the last decade in Chicago as well as touring North America and Europe. Tim has worked with many International artists including: Roscoe Mitchel, Ken Vandermark, Peter Brotzman, Robbie Fulks, Ritchie Cole, Fred Anderson, Lin Haliday, John Abercrombie, Tom Varner, Ellery Eskelin, Tommy Dorsey Orhestra, Chicago Underground Trio, Jarek Smientana, The Eternals and Bern Nix among many others. He can be heard on more than 30 recordings for labels such as Blue Note, Delmark, Atavistic and Okka-Disc.

Krzysztof Pabian hails from Europe as a classical-trained bassist. He began his music studies at the age of 8 on piano and switched to bass at age 14. Krzysztof moved to the U.S. in 1993 where he studied at Northwestern University. Krzysztof has performed with the Chicago Symphony Orchestra and the Chicago Civic Orchestra. He has also worked in an array of new music ensembles under the direction of Pierre Boulez, Daniel Barenboim, Christopher Eshenbach, Zubin Matha, Lawrence Foster, and Pinchas Zukerman. In the area of Jazz Krzysztof has performed with Danillo Perez, Judy Roberts, Max Roach, Ron Blake, Jarek Smientana and the Lincoln Center Jazz Sextet. Krzysztof has toured throughout North America and Europe.

“one of the most original guitarists and composers currently on the jazz scene”. review allaboutjazz.com 2010

“brilliant recording of contemporary improvisation at it’s best….. an elite and highly imaginative composer……….Phillips has a very unique guitar style.” Review of Dan Phillips Trio CD Destination Unknown, Jazz Improv Magazine 4/08
“he opens the vista in a swell of notes that cut, roll and sweep ahead in a near torrent…..The textures weave and bob, taking flight on the wings of their imagination.” (review of Dan Phillips Trio “A Moment of Clarity”  allaboutjazz.com 1/2005

“Phillips provides lush and full chord voicings in just the right places, and solos effortlessly. His tone is clean and traditional while his improvised lines are much more in the free jazz genre in their direction. Dan Phillips is an interesting player who blends a modern and free approach with a more mainstream tone.”
Review of “Bangkok Edge” Vince Lewis Guitar International 2013


“Phillips innovative and improvisational mindset is still held together with the glue that is his strict belief in melody. He seems to know, without hesitation, when to break free of the textbook, yet recovers back to the basic principles of arrangement and composition. As a fine navigator, Phillips sets his compass by pure gut instinct, a
refreshing trait of a leader!”

“Rising above the nauseam of the traditionally bland attempts from others in the past, Phillips always seems, in all his work, to strive and succeed in keeping the sound fresh and expressive in feel and style.”


"When Phillips cuts loose he's as exciting a guitarist as there is, though he never abandons melody. He gets under the skin of the composer and inhabits a tune, reworking it in his own idiom. And as his originals here and on his previous albums as leader demonstrate, he creates pretty high standards of his own design." Review of "Bangkok Edge", allaboutjazz.com, 2012

“Phillips is, without question, a skilled guitarist. His playing is fluid and understated, but he’s not above progressing through lengthy jams and pushing things to their limits. He solos deeply rather than broadly, tunnelling in to find the consistency of the notes and probing their meaning with sleek flourishes and impactful holds.” Review of "Bangkok Edge, Canadian Audiophile, 2012
Phillips in particular stands out for his fluid, whimsical articulations that’s alternately fleet-fingered and thoughtful, but always fresh and not clichéd. Phillips, as is made clear on this song, is one of those “looks hard, sounds effortless” type of guitar players. Review of "Bangkok Edge, Something Else Reviews, 2012